Stories of Italy is a Milan based brand and design studio that creates fine products steeped in traditional Italian craft.

Inspiration is derived from the great archaeological, historical and cultural heritage of Italy. Objects and symbols from a common past, translated in a contemporary way. The aesthetic is maximalist in colour, yet minimalist in shape with a strong focus on Murano blown glass.
Our works are conceived as aesthetically beautiful “everyday objects” that also act as tools of communication: every piece has its own story.

We blend design, craft and art to capture the essence of the most iconic Italian traditions, many of which often carry precise aesthetic rules. We like to play with them, experimenting with both materials and artisans' skills.

We have established strong relationships with local artisans who consider their job a lifetime vocation. Their work embodies a secular tradition that is still constantly developing, a treasure that distinguishes Italy as one of the most unique countries in the world.
Stories of Italy is proud to represent a small contribution to the preservation of Italian heritage, striving to keep traditions alive as well as giving them a place in modernity.

Thought for hotels, restaurants, architects, interiors. Designworks, lighting projects, tableware, home décor, realized with the best italian materials. We'll be pleased to assist you from the idea to the final product.  For further information and to enquiries about possible projects together, please contact us at:
hello@storiesofitaly.com

After graduating from the Polimoda institute in Florence, Dario moved to Milan to cut his teeth at Costume National and Dsquared. In 2016, after some time spent in Asia studying and practising yoga, he decided it was time to step back into the design scene. Dario shifted his attention to Murano glass, a successful decision that resulted in the creation of Stories of Italy, a label now synonymous for its glossy speckled glass and products which have played a key role in shaping the scene for contemporary Italian glass.

Alongside a flourishing number of partnerships with some of the world's leading retailers and galleries, Stories of Italy has collaborated with architects on innovative projects within the hospitality sector, cutting edge designers and an array of brands including Diptyque, Vivienne Westwood, Four Seasons Hotel Florence, Mandarin Oriental Paris, SSENSE, Gallery Bensimon, Gilles&Boissier.
In more recent times, Stories of Italy has also extended its creative output to a number of lighting design projects with the creation of its own collection as well as customized contract projects. 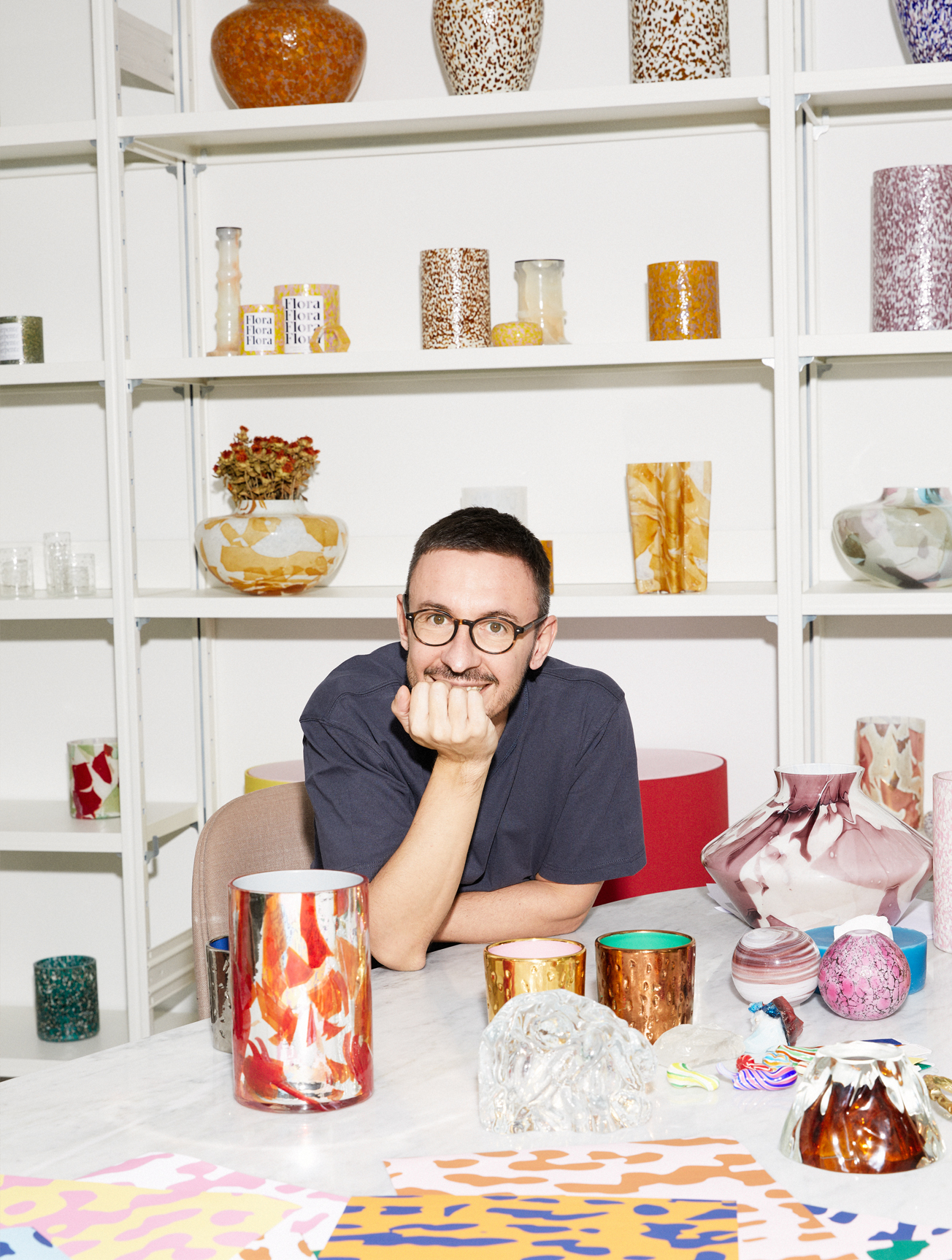