Blown glass monoflower vase
Murano
Archaeologists have been unable to gain a deeper understanding
of the history of antique glass. Due to its fragility, it is hard to
obtain an intact or partially intact sample from excavation sites,
furthermore, unlike clay and paint, it is impossible to establish the
original location where the object was made due to the natural
characteristics of the material. Archeologically speaking, glass is
more rare than ceramic since, even in ancient times, it was often recycled.
Lucia Saguì, Il vetro Antico, University of Rome
READ THE STORY
Perhaps it was due to the intense shades of the colour amber in its pulp - comparable to the light of the Middle-east - or the exotic mental image that it provoked when sold in the capital’s market the reasons why the date was so relished by master glassblowers. A little gem of exquisite sweetness....
The date motif was one of the most elegant in the Ancient Roman vetreria (glassmaking). The symbolism imbued in it, of luxury and exoticism, as well as the intense colour of its pulp, resembling the golden light of the Middle East, are perhaps the elements that made it so popular within the artistic world.
Through the Roman furnaces, it assumed a particular iconographic role, where it was converted into a refined container for balms and precious ointments, sophisticated alternates for those small fruits, which were commonly donated in the capital as auspicious gifts on New Year’s Day.
It is still not known for sure for which commercial products these containers were used, but they were probably the renowned essences for which the Phoenicia was celebrated.
Among the archaeological finds in our possession today, there are dates from Aquileia, others from Bologna, Rome, Ercolano and Pompeii.
On a morphological point of view, these specimens show characteristics very similar to one another, although some are distinctively more naturalistic and others more abstract.
Yellow/amber and brown/yellowish were the predominant colours, aiming to resemble the natural colour of the fruit, and often the interiors were covered with opaque, white glass. 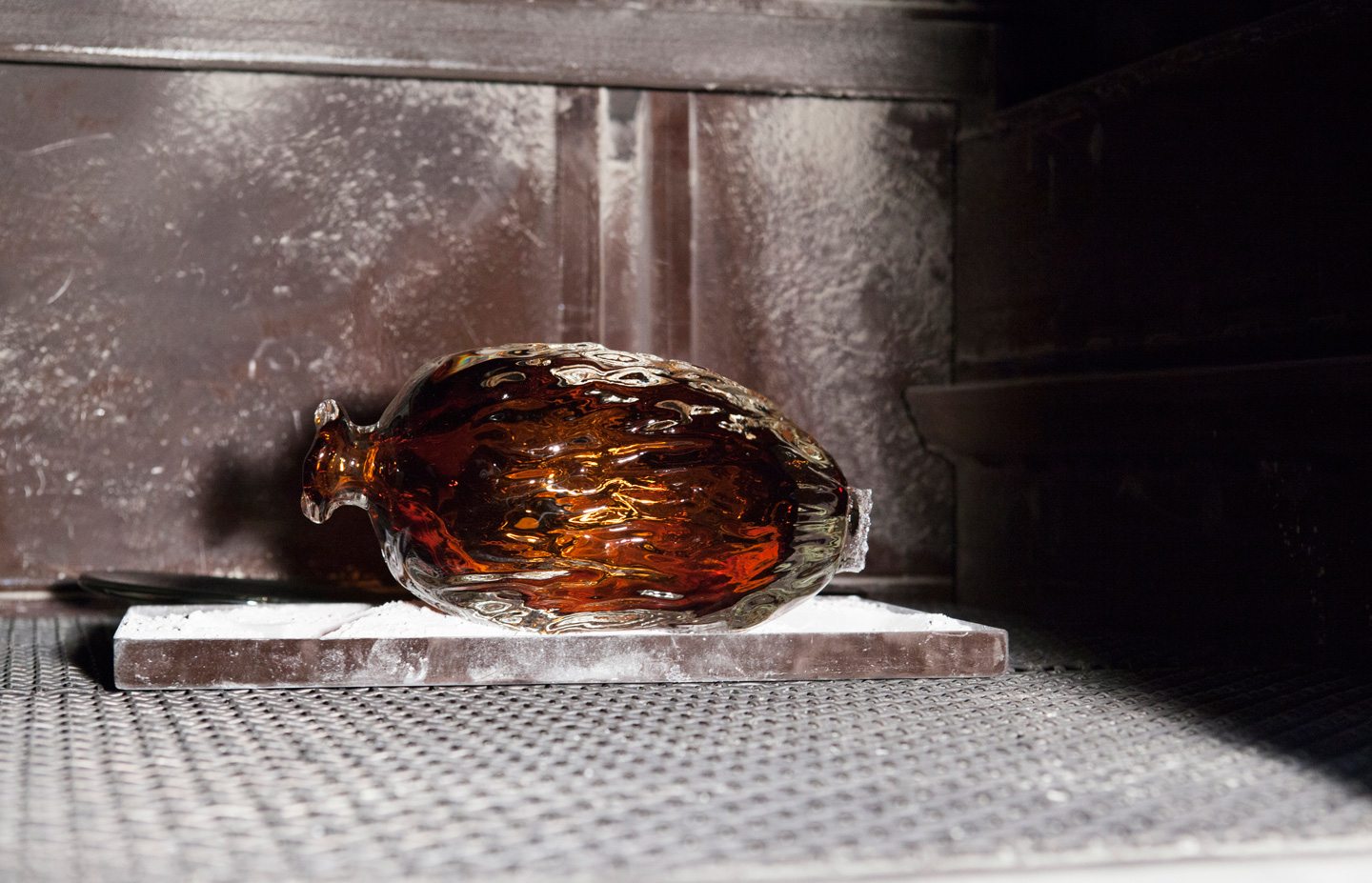 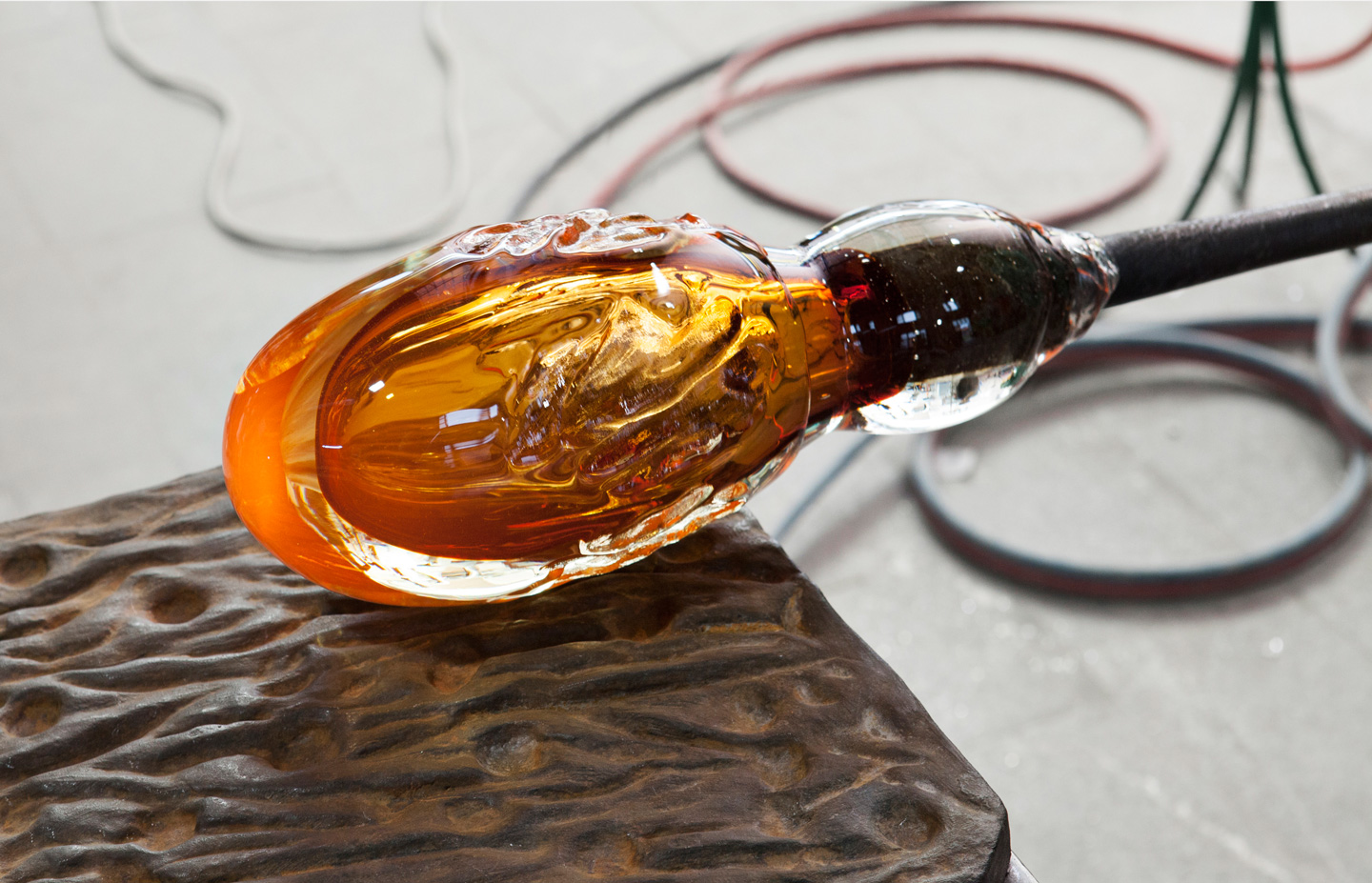 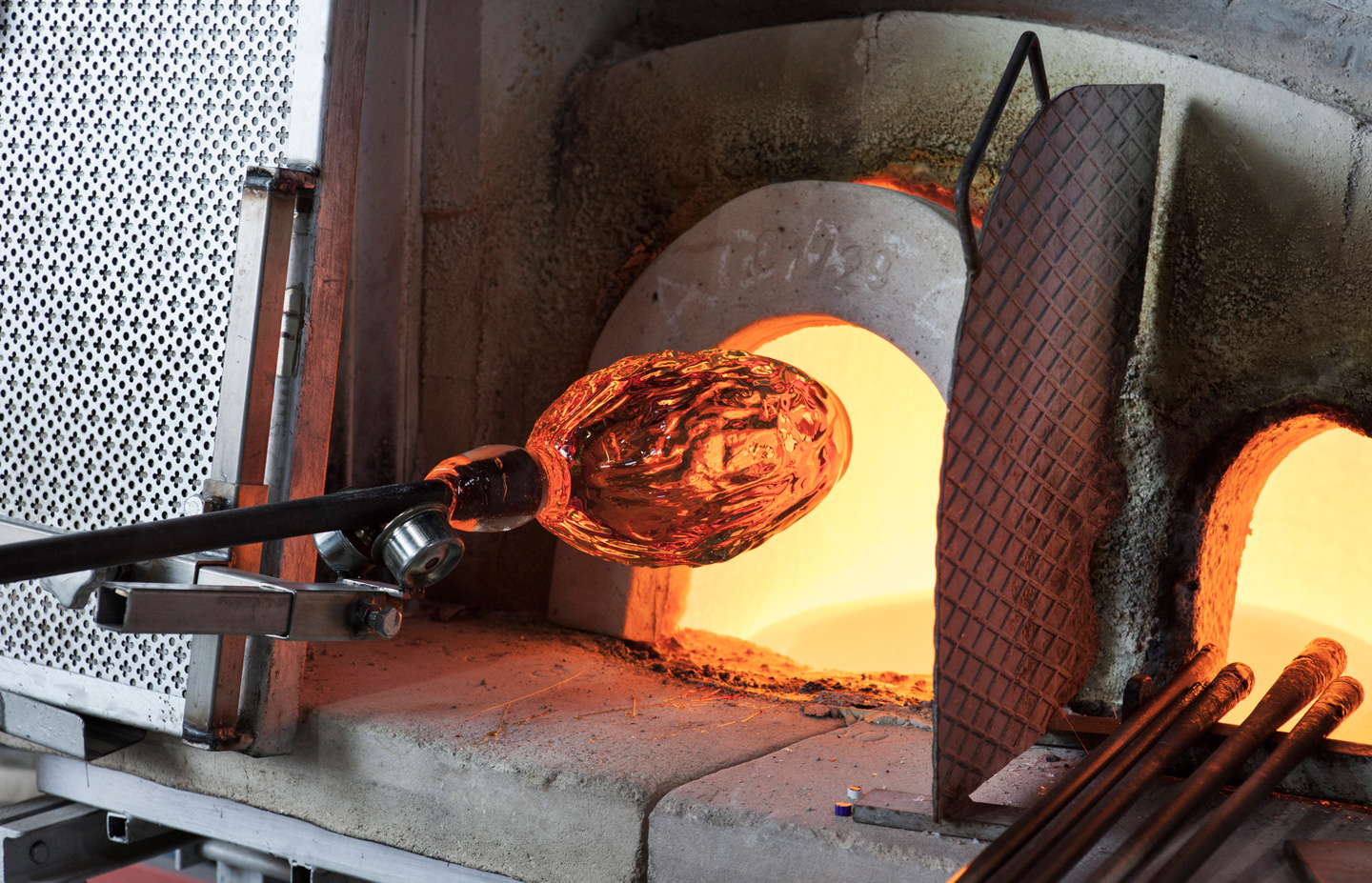 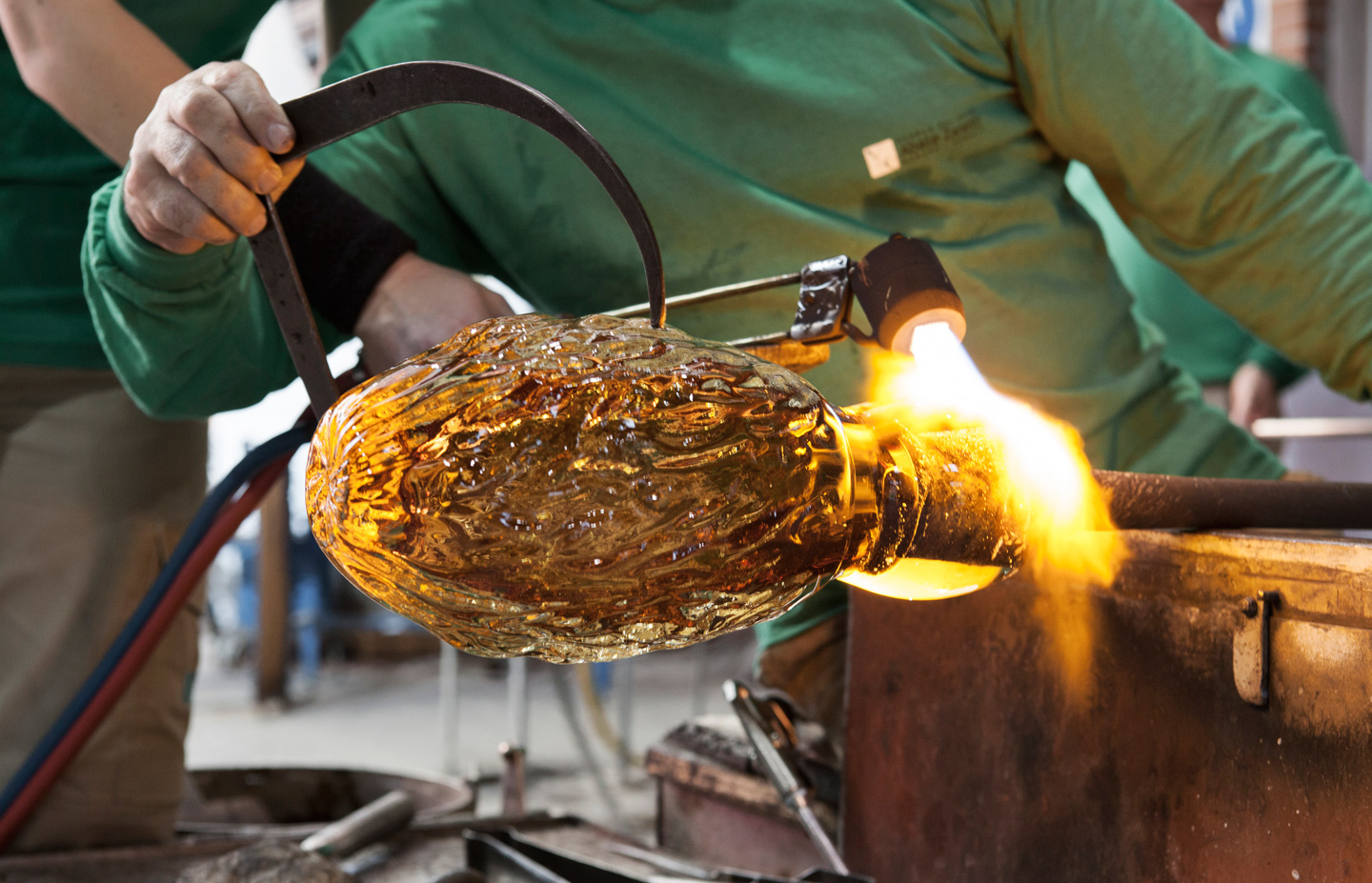 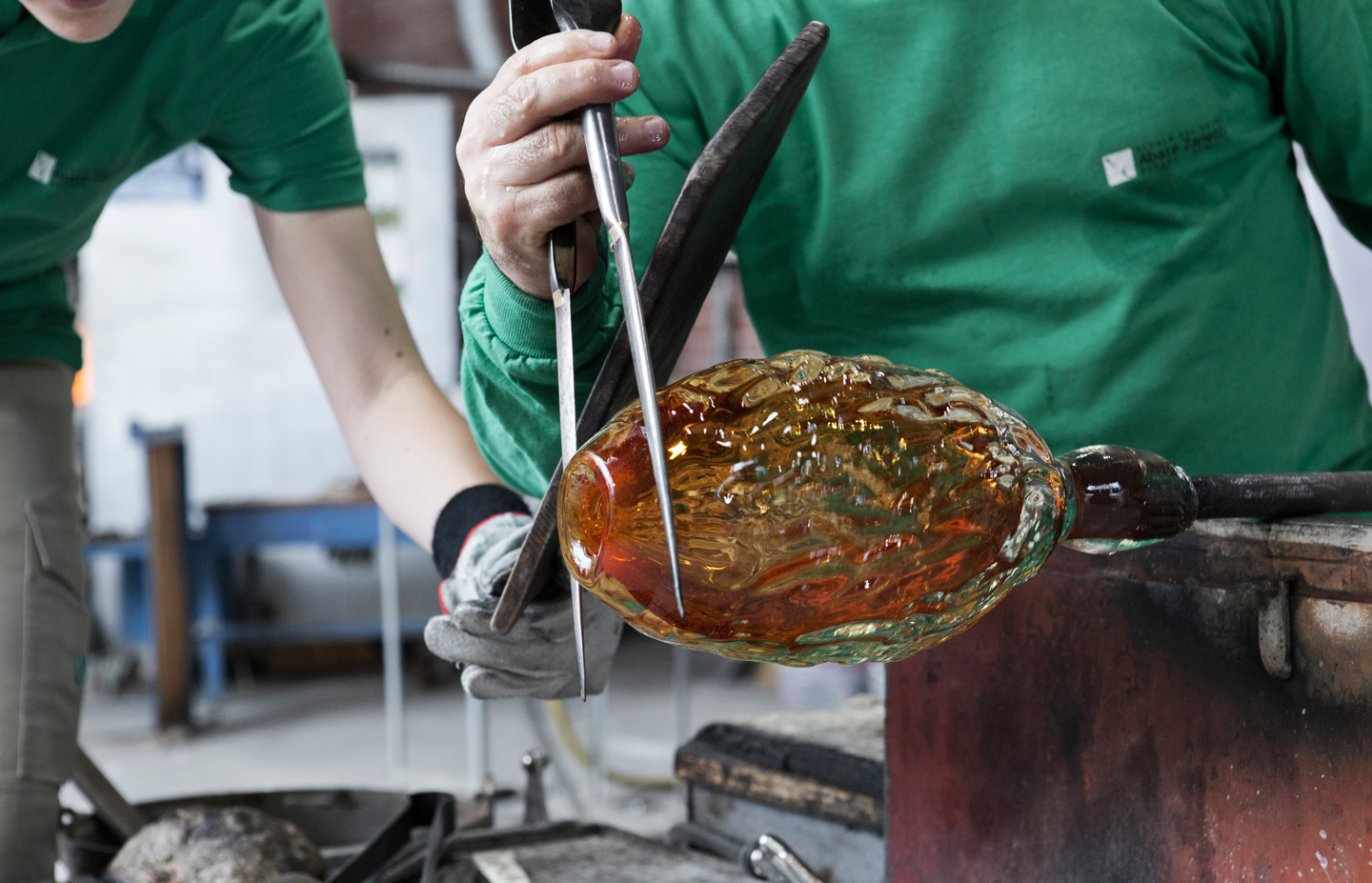 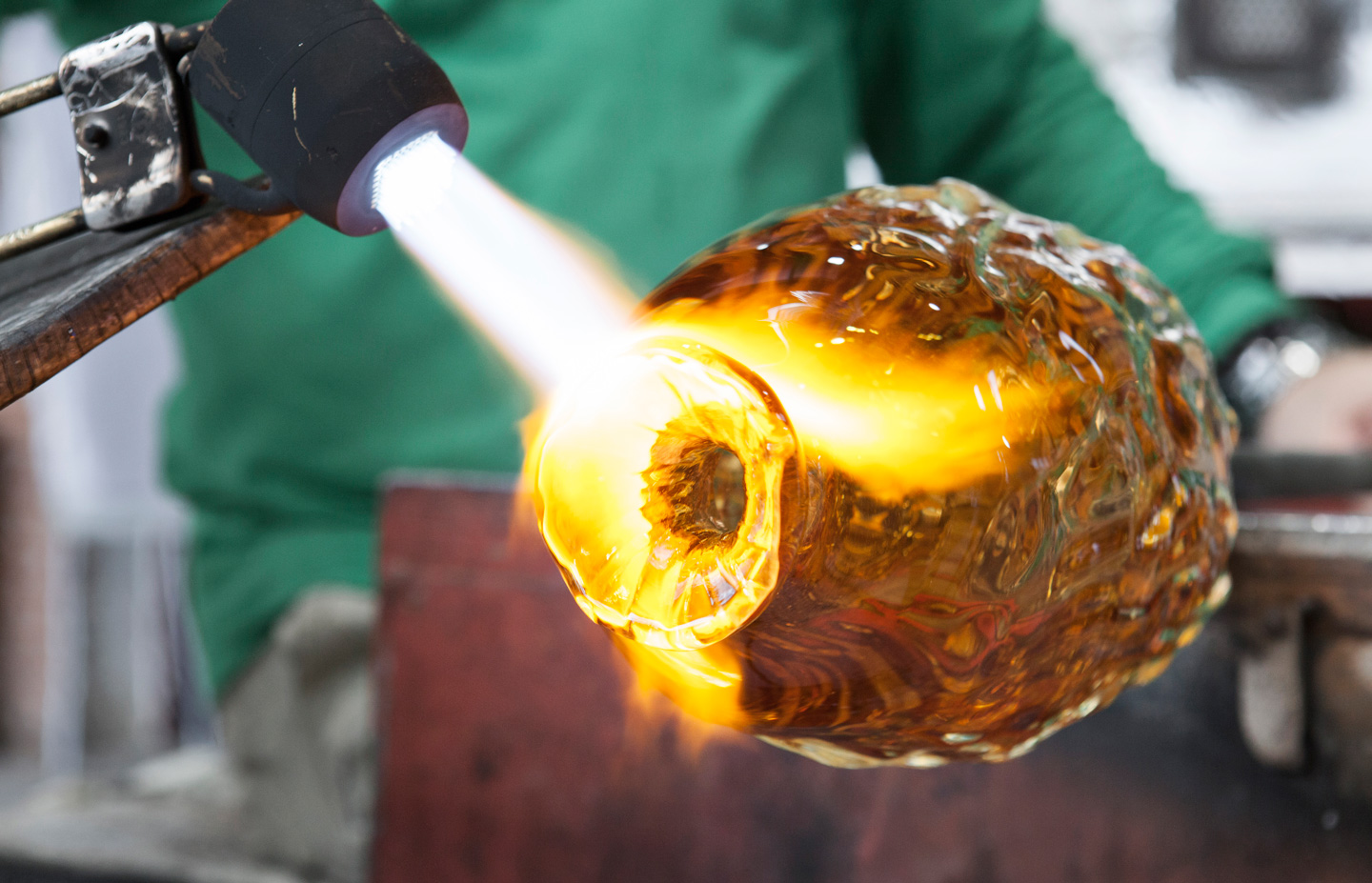 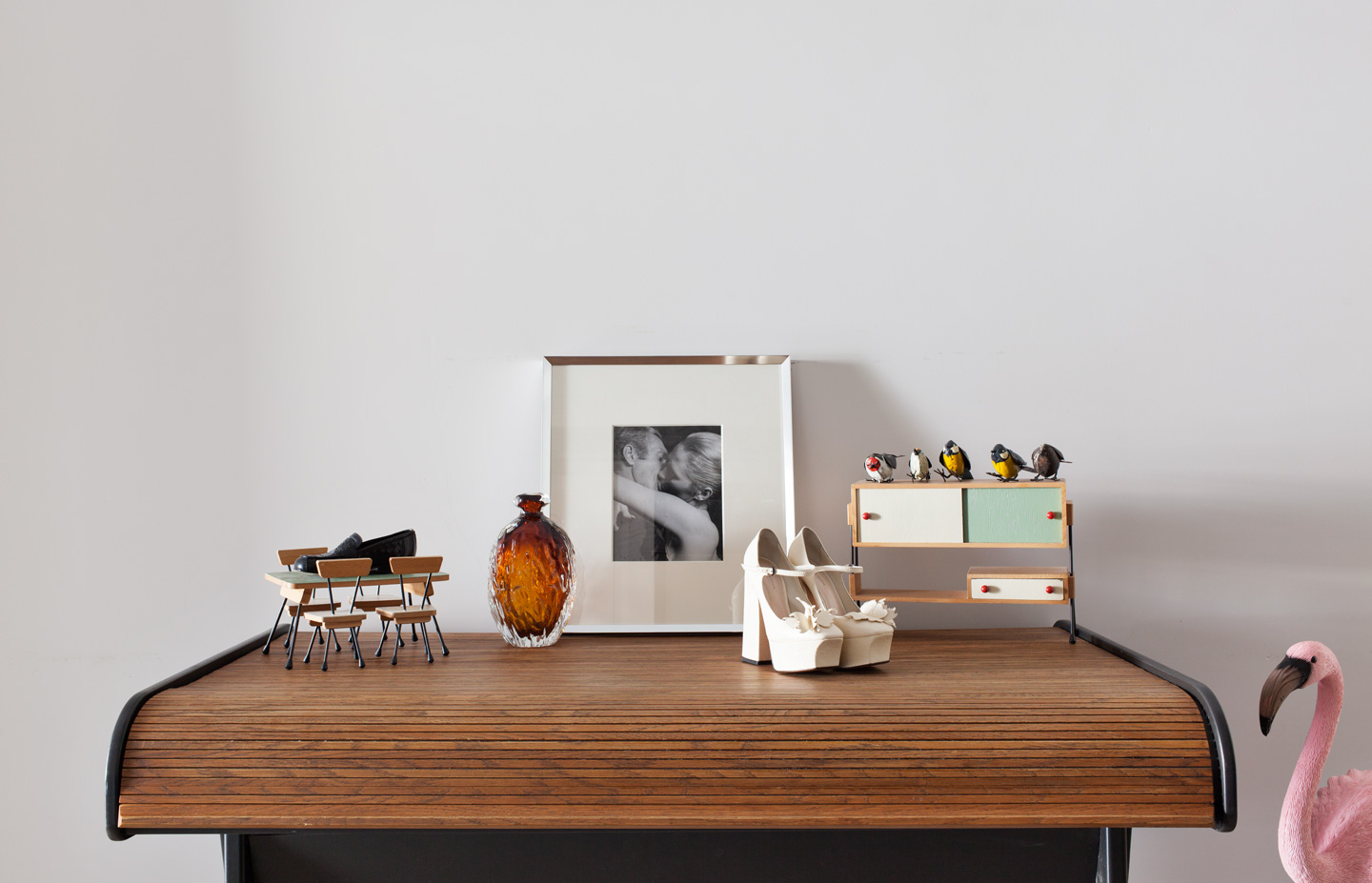 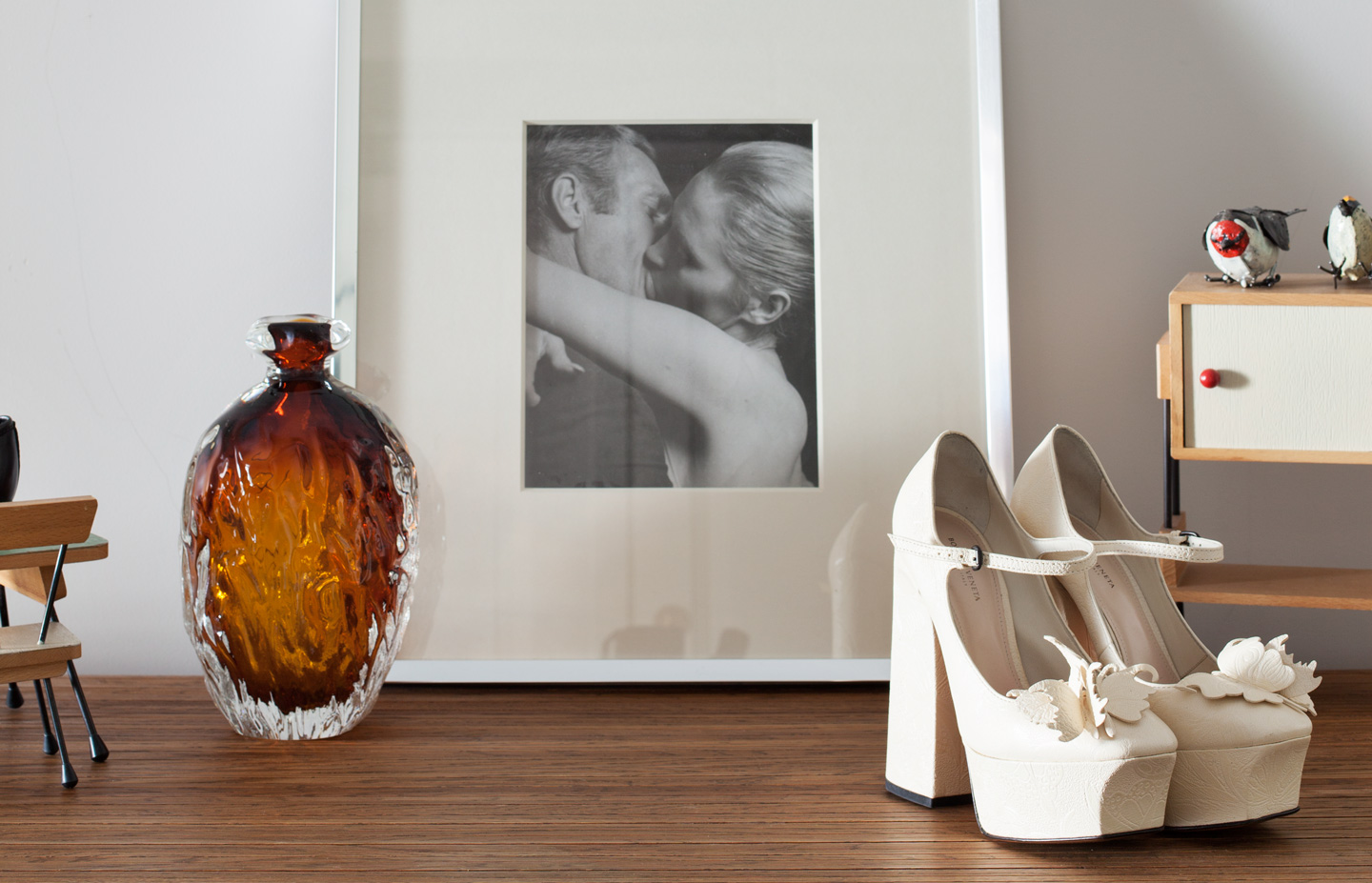 LIMITED EDITION
VIEW THE GALLERY
SALE ENQUIRY
The inspirations for this vase come after a trip to Jordan, from the city of Jerash and from the fascination for the that typical opulent aesthetic derived from the fusion between the Roman Empire and its middle eastern provinces. The iconography of the date, with its exquisite shades of amber and its uneven texture,
still has a modern appeal today. It is for these reasons that we decided to bring it back to life through the skilled hands of our maestro glassblower. Every vase is a unique piece created using the mouth-blowing technique in the island of Murano. Rome meet Venice for an homage to the Middle East. 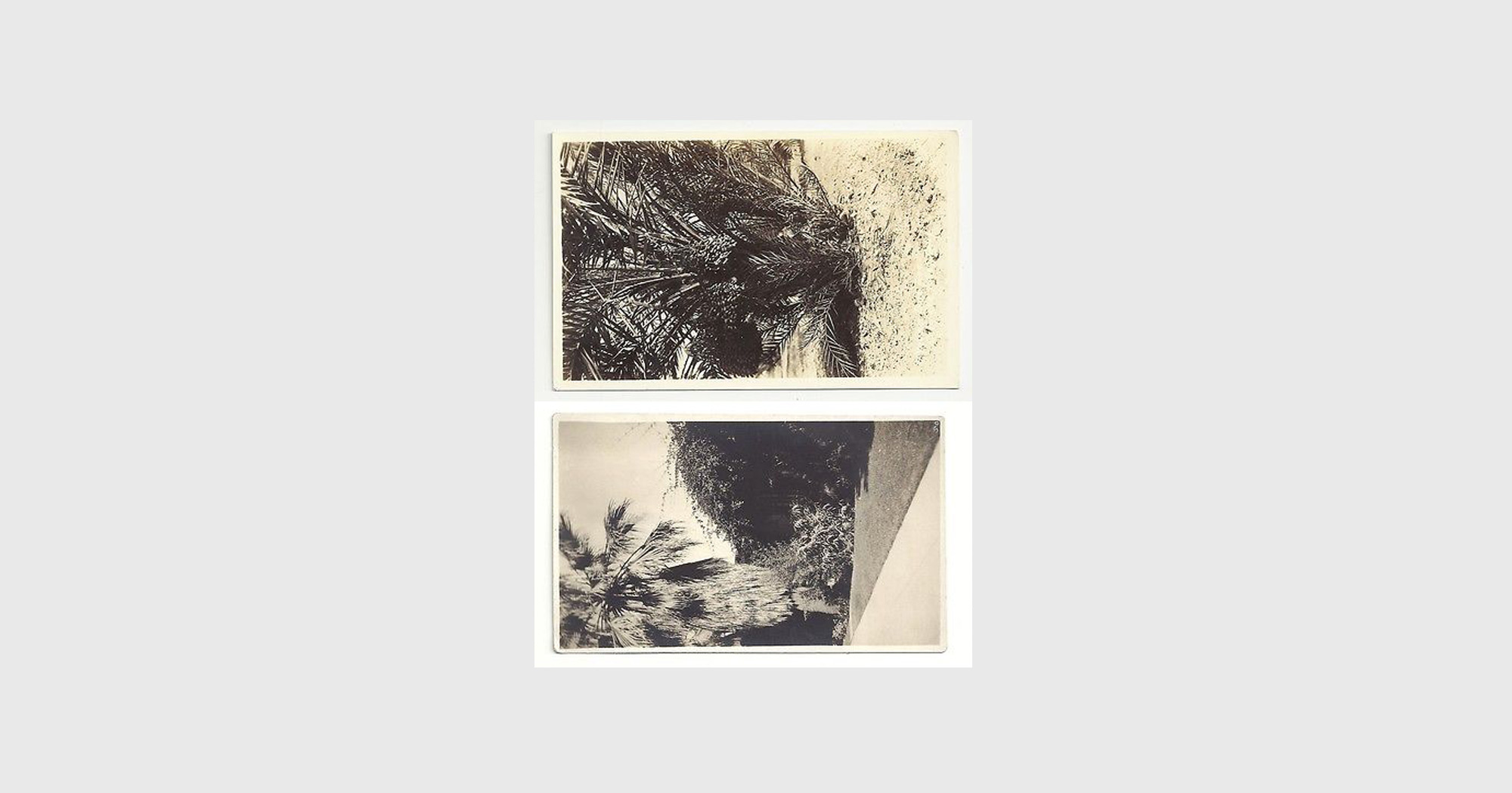 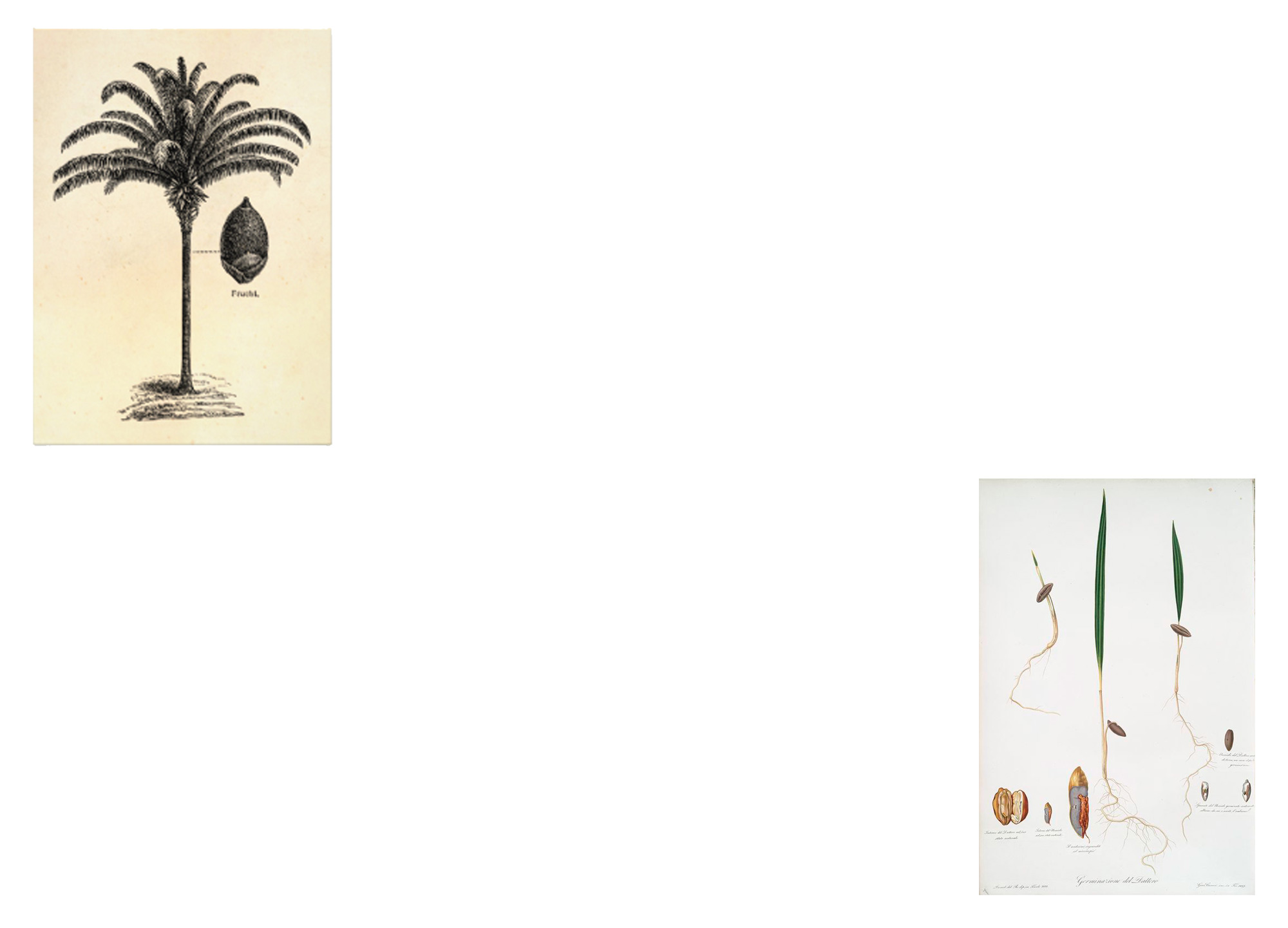 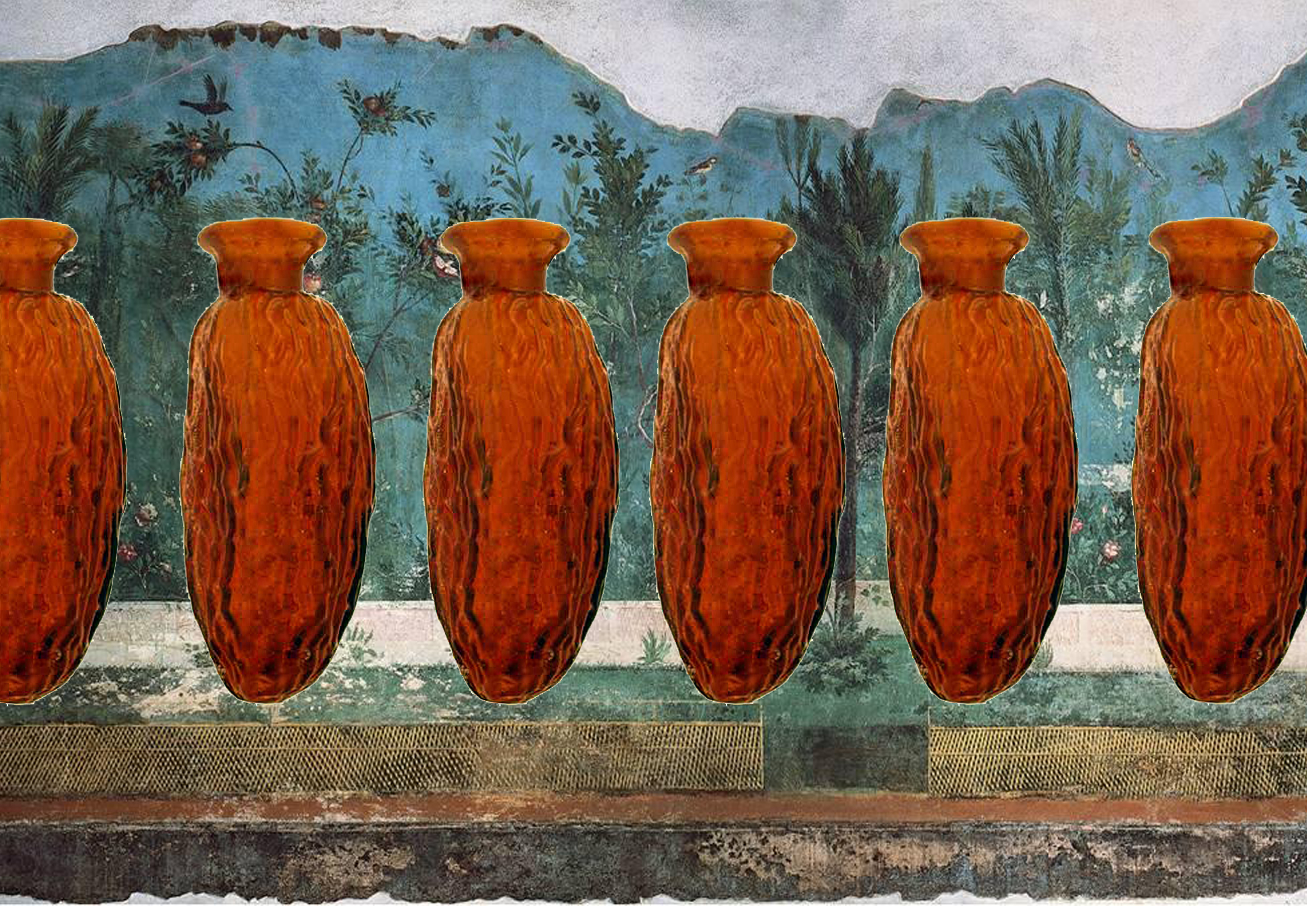 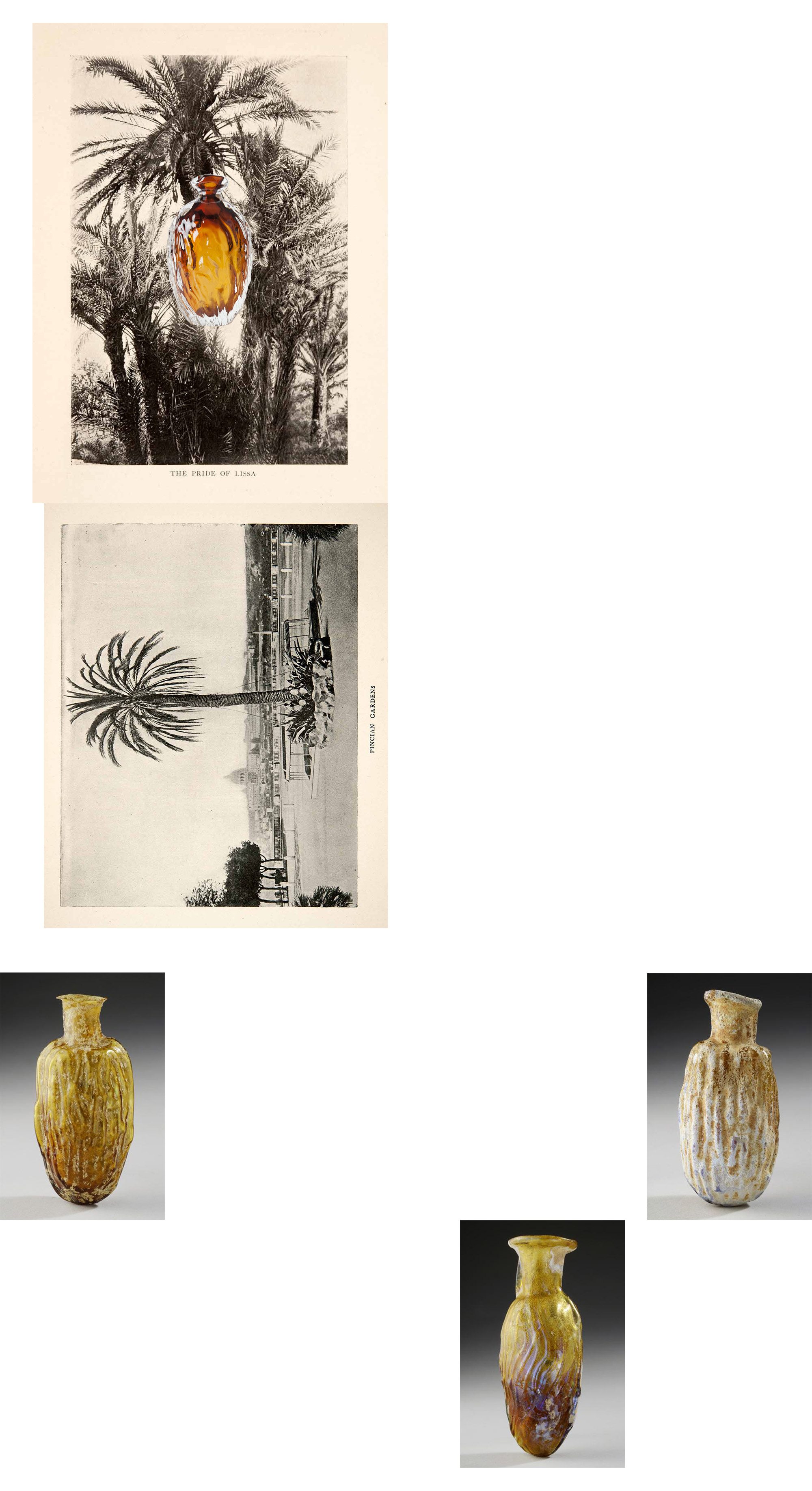 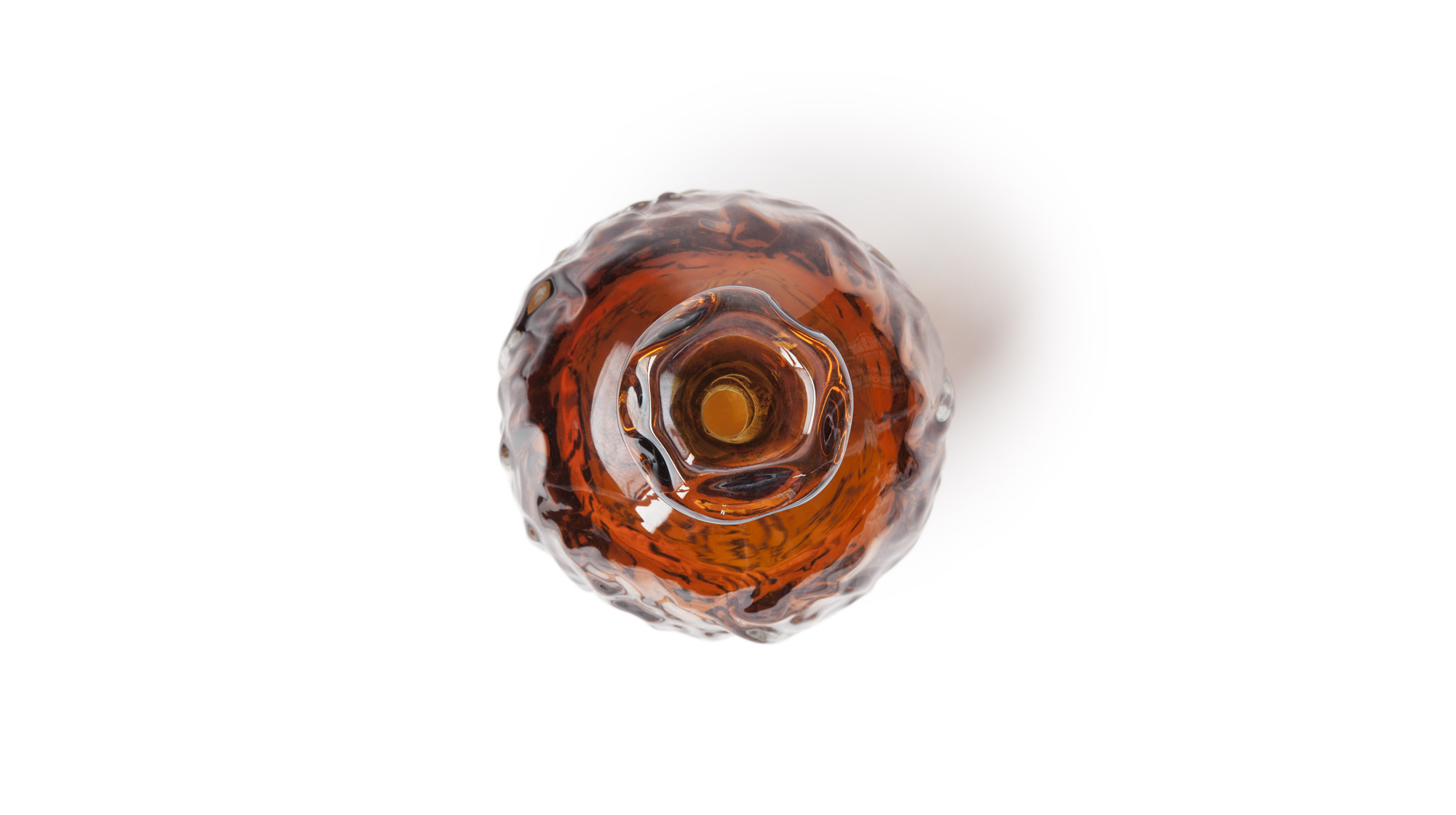